Donate Bitcoin to this address

Donate Ethereum to this address

Donate Cardano to this address

Donate Xrp to this address

Donate Polkadot to this address

Donate Binance coin to this address

Donate Litecoin to this address

Donate Chainlink to this address

Donate Stellar to this address

Donate Bitcoin cash to this address

Donate Dogecoin to this address 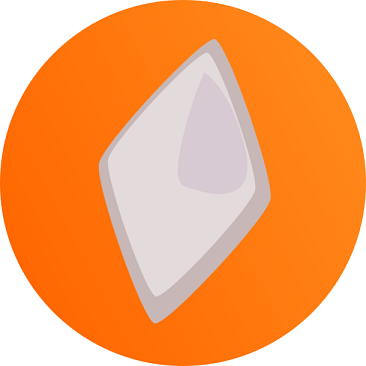 I heard about 0xbitcoin a few days after the main-net launch while reading http://reddit.com/r/ethdev. The original developer of 0xBitcoin — @infernal_toast was spreading the word and even responded to a few questions that I had about the project on reddit.

Initially it seemed fun and easy to mine because the difficulty at launch was set to 1. The initially provided open source CPU miner could almost immediately discover a block. This is contrasted to this moment where the difficulty is 19,677,033!

The CPU miner had some optimizations made to it which where pushed open source. At a certain point however, a new miner was dominating the activity on the 0xBitcoin contract and people on the public discord: https://discord.gg/xAPwaDC where discussing that someone must have written a GPU miner!

After a few days/weeks 0xPiZzA joined the discord and announced that his miner was made available along with a mining pool — however he was keeping it closed source.

http://gpu.pizza is the hilarious URL for the pizza miner and mining pool.

Then the race was on for an open source miner! Infernal_toast had extended the framework of the CPU miner to be ready to integrate a GPU miner and was asking the community for help finishing it.

Despite mining on the pizza pool, I was eager and excited for the challenge of writing my first program that runs on the GPU. With the help of other developers, after a few weeks of hacking and learning as we go we were able to finally release an open source GPU miner. Initially it was slower than the pizza miner, but since it is now an extremely fast keccak GPU hash implementation with approximately 1300 MH/s on an Nvidia 1080ti. Especially thanks to @Azlehria. Links for download are here: http://mike.rsand here: https://github.com/azlehria/0xbitcoin-gpuminer/releases. For AMD card owners use the MVis miner: https://github.com/mining-visualizer/MVis-tokenminer/releases.

Over the last few weeks, due to more and more miners joining the network, the difficulty has increased so much that pool mining is required. I have been maintaining and keeping running an 0xBTC mining pool that you can download the latest miner and join here: http://mike.rs:3000

0xBitcoin is a clone of Bitcoin that is hosted on the Ethereum network. The ethereum network is amazing! It is very fast with 15 second block confirmation times and it is much cheaper to transact with an average cost of 1.5 cents. Also ethereum regularly processes more

Bitcoin processes on average 2 transactions per second and ethereum processes 7. Over 3x more throughput. Also transactions on ethereum are not only exchange of value, but execution or creation of smart contracts, or interacting with a game like crypto kitties or cryptofighters. There are also decentralized exchanges like forkdelta.github.io that exist entirely on the ethereum network. Can’t do that with Bitcoin.

0xBitcoin is a smart contract implementation of bitcoin written in solidity on ethereum. This is a profoundly new type of Dapp or distributed app — apps that run on ethereum or other smart contract blockchains. Mineable tokens have the code of bitcoin ported over to a solidity contract. It’s fully compatible with every ethereum dapp, game and exchange and is powered by the ethereum network. 0xBitcoin uses the keccak sha3 hashing function and has a hashing difficulty that scales as more miners join.

It’s the only “fair” erc20 token on ethereum in that anyone and everyone has equal access to interact with it, there was no premine, the was no ICO and the vast majority of the tokens 95%+ are still locked up in the contract waiting to be mined.

When the Casper Network goes live on Ethereum, the Ethereum network and the number 2 blockchain by market cap will only offer 0xBitcoin and other ERC20 mining tokens in the ethereum network. I believe that miners who believe in and love ethereum will pour into 0xBitcoin.

When Ethereum goes proof of stake, the next step will be to introduce sharding, which will take continue to increase the throughput of the Ethereum network and drive transaction prices down. In addition “Ether” the cryptocurrency is a utility token for powering transactions on the ethereum network. It is not necessarily intended to be a store of value in the way that bitcoin is. When sharding and proof of stake is live on the Ethereum main-net, the scalability benefits of sharding may cause a decrease in demand for buying ether to power transactions on the Ethereum network, but 0xBitcoin should increase in value as more miners move to the network. Miners displaced by proof of stake who migrate to 0xBitcoin will effectively decrease the supply by making it harder to mine.

What’s coming down the pipeline

A DEX (Decentralized Exchange) for 0xBitcoin

A DEX (Decentralized Exchange) for 0xBitcoin <-> Ethereum is being beta tested here: http://freedex.github.io. Other 0xBitcoin ecosystem apps are being developer. For one there is a wallet available here for sending and receiving 0xBTC: http://0xbitcoin.org/wallet/.

Standardizing a mine-able token will make it easier for additional tokens to be created. Mine-able tokens provide a very interesting way to distribute an ERC20 token that is fair to the reciepients. With ICOs decreasing in popularity, and airdrops not readily solving problems that token creators have, IMOs or initial mining offerings let a community express their interest in a token and generate them through mining.

0xbitcoin/token-quarry
token-quarry – Deposit tokens in this smart contract in order to allow users to easily mine for them using Proof of…github.com

Token-Quary is a way to deposit tokens in a smart contract in order to allow users to easily mine for them using Proof of Work. Helps you perform a ‘mining drop’ instead of an air drop. This will be compatible with mining pools that are already mining 0xBitcoin. A mining pool will be able to effectively merge-mine 0xBTC along with any ERC20. For CMO’s of ICO projects, allocating a percentage of their token distribution to PoW miners is an excellent way to build a diverse community of crypto stakeholders.

0xBitcoin Toolkit — Easily build on top of the 0xBitcoin ecosystem

https://github.com/0xbitcoin/solidity-tools
A newly created venture is a welcome guide for developers who want to interact with the 0xBitcoin contract and build their own exchanges, dapps or whatever new functionality they choose!

You could read the white paper — https://github.com/0xbitcoin/white-paper/blob/master/README.md

Mine 0xBitcoin on your GPU and join the https://mike.rs:3000 mining pool

Join the 0xBitcoin discord where there is an active community of developers, miners and enthusiasts: https://discord.gg/JGEqqmS

From : Medium By:  Mikers Dolphin Wrangler